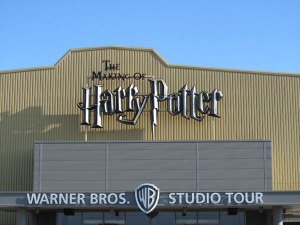 I had been warned that queues could be a couple of hours, so when they said, ‘Sorry, it’s a bit of a wait’, the half-an-hour they were meaning sounded like nothing! By the time we’d ordered cocktails from the hot barman (it was five o’clock somewhere…) the little beeper started going and we were shown to a table.

I had the twisted mac and cheese, which is always a good shout – possibly the only vaguely spicy thing I can eat. No dessert because we were so full (Hard Rock Café is the only place that happens) so we headed over to the shop to collect a souvenir hurricane glass for Hayley’s collection. She also ended up with a T-shirt, and I picked up some earrings too. We’d been there about four hours and already spent ridiculous amounts of money.

That night, it was time for Wicked. I cannot convey just how incredible this musical is; I’m not as good with words as the wonderful (Wicked fans get it) Stephen Schwartz. Suffice to say, the first time I saw this show was one of the most memorable experiences of my life. I couldn’t believe it when I realised it had been six years ago. This production provided the first Glinda in my eyes to rival Kristin Chenoweth: Gina Beck. She was completely charming and basically perfect. Louise Dearman as Elphaba was brilliant, although I saw Alexia Khadime before who I thought was brilliant and perhaps a little more convincing as the younger Elphaba. I realised Matt Willis was playing Fiyero until quite recently, so I was a (teeny tiny) bit disappointed that I’d missed him, but London had a surprise in store…

Not yet though, because the next morning was time to visit The Making of Harry Potter: Warner Brothers Studio Tour! Another early rise to get to Watford, where the specially designed bus takes you to former Leavesden Studios, now a shrine to the Harry Potter film series. The day we went it was certainly so busy that it seems there are still plenty of people out there interested in seeing some of the famous sets, props and costumes in real life.

In the Great Hall. 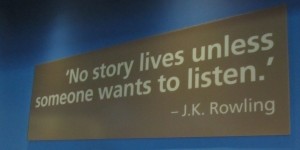 Luckily we were the first tour, which meant we got to everything before there were crowds. There will be a few spoilers about the tour for the next three paragraphs, so skip them if you’re going soon so you can be surprised!

The first part of the visit takes place in the ‘cinema’, where you watch a short film about why they’ve created the studio tour (apart from the obvious ‘to make more money’). Then the first nice surprise: the screen rolls up to reveal the doors to the Great Hall. It was brilliant! It was a little bit surreal to see it, and I think part of me still thinks everything must just be replicas.

Costumes for each house were set up, including Robert Pattinson’s Hufflepuff Triwizard Tournament outfit, Moaning Myrtle’s robes, and that black and white jumper of Neville’s which was actually designed just for him. All the teacher’s costumes were set up on mannequins in front of the teachers’ table. There were then two sound stages and an exterior lot full of all the tiny details and massive constructions that made up the Harry Potter films. We even had the chance to fly! The second lot was set up particularly well, with videos describing the goblin makeup and animatronics featuring Warwick Davis. When he moved the controls in the video, the Hagrid head right in front of you in real life moved, which was brilliant.

We took hundreds of photos here (not exaggerating) so it would be impossible to describe everything. There were also so many brilliant extras (especially ‘Ollivander’s’ at the end) that you will discover if you visit. However, the one part that I can’t not mention is the breathtaking model of Hogwarts. I’ve seen so many photos of it from other people who have visited, and not one has done it justice. It has to be seen to grasp the sheer scale of it, although of course we tried to capture it. 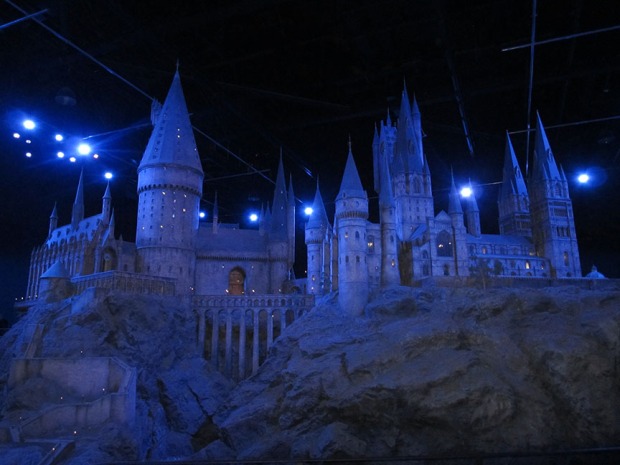 It would have been an amazing trip even if it finished then, but there was still McFly to go. We went for a late lunch/early dinner at good old Bella Italia, then took a little longer than we should have to find the Royal Albert Hall.

Now, I’ve had a McFly post in the making for months, since going to see them back in… it can’t have been April, can it? (Where did 2013 go?) As I’m going to dedicate an entire post to them, I won’t go on and on about them here. However, McFly ended up completely surpassing my expectations with an unbelievable anniversary concert. There were songs they don’t sing often, songs we’d never heard before, and – the moment I screamed like I was fourteen again – a surprise appearance of Matt Willis and James Bourne forming supergroup McBusted!

Our seats were so high that Hayley got vertigo. Totally worth it though.

By the Saturday we were so tired, yet decided not to do the tour bus in favour of walking around the sights ourselves. We went to Buckingham Palace first, and by complete coincidence we caught the Changing of the Guard. We walked along to Westminster Abbey and the Houses of Parliament, Big Ben, Downing Street and Trafalgar Square. By this point we were practically dragging our feet we were so tired and hungry, so we stopped for fizzy juice and continued up towards Leicester Square and M&M World, one of the most bizarre experiences I’ve ever had. I did not know this was a thing. It was genius though, and I came away with M&M pyjamas and a pressed penny with an M&M Beefeater on it. What more could you ask for?

We didn’t forget Charlie. Not that he cares.

It was one of the most exciting, funny, emotional, and memorable trips ever. It was a completely self-indulgent, perfect holiday – designed by me, for me! No compromises necessary. If you can convince someone to go along with your plans, I’d highly recommend it to everyone!