When I was twenty, I spent a few months studying at the University of Salamanca and completely fell in love with the place. The centre is pedestrianised so it feels more like a town than a city. The buildings are all made of the same stone, which looks golden in the sun. And the university was across from one of the most gorgeous buildings I’ve ever seen – or two, really – the Old and New Cathedrals of Salamanca.

The New Cathedral was constructed across two centuries, so is a mixture of styles, and was finally consecrated in 1733. Around the doorways, you can see the plateresco style that’s quite prevalent around Salamanca, but over time the designs can become damaged by the weather.

One of my favourite contrasts is this picture:

At first glance, it looks like a pointless photo, but there is something bizarre. The cathedral is nearly 400 years old, but in the top left-hand corner you’ll see something distinctly modern: an astronaut. One of the workers restoring the façade has left his mark!

This city is so special, and would be well worth a visit for anyone. However, it has a particular reputation as a student town, so I’d encourage anyone studying Spanish to try to get an exchange here. 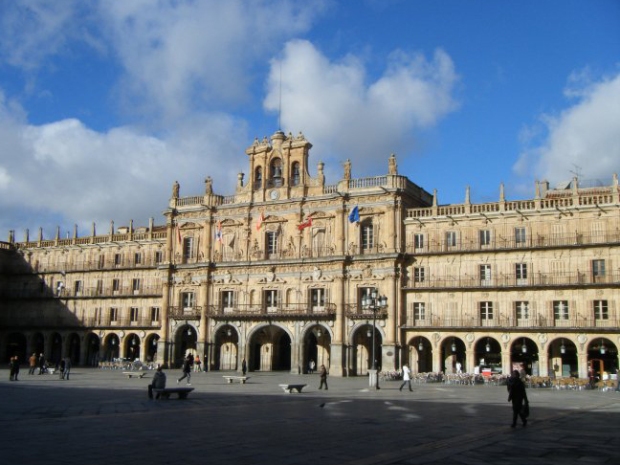 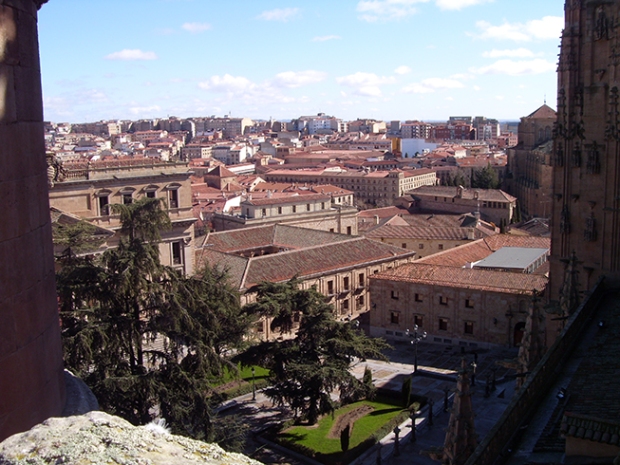 You can climb the Cathedral, and this is a view from near the top.

One thought on “Photo Challenge: Contrasts”