I think you have heard me declare my love for the TV show Nashville enough already, but what happened when I actually got to visit the place itself…?

The first (entirely unexpected) stop was the Parthenon. I obviously didn’t do enough research outside of country music about Nashville, because I had no idea they had a replica of the Greek monument. Edinburgh has twelve columns standing on Calton Hill to show our attempt – the Nashville one was actually complete. 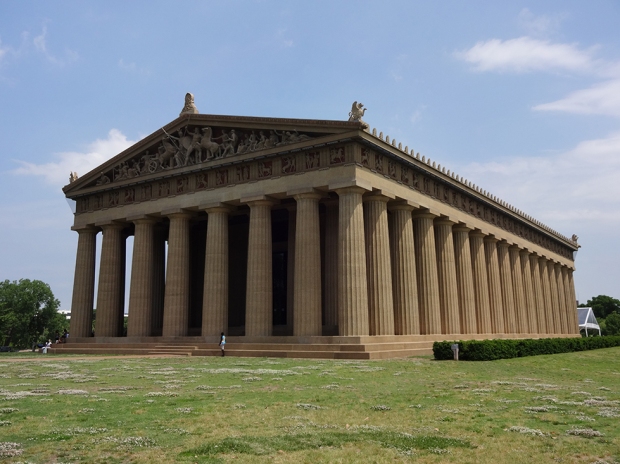 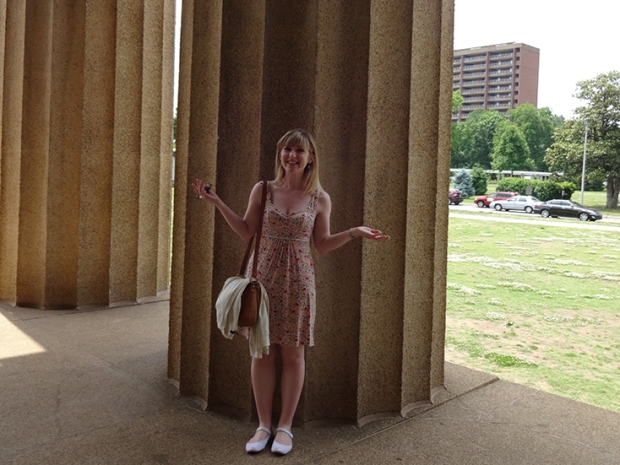 In the centre, I had a walk around to take in the sights, including the Ryman Auditorium, the original Grand Ole Opry. 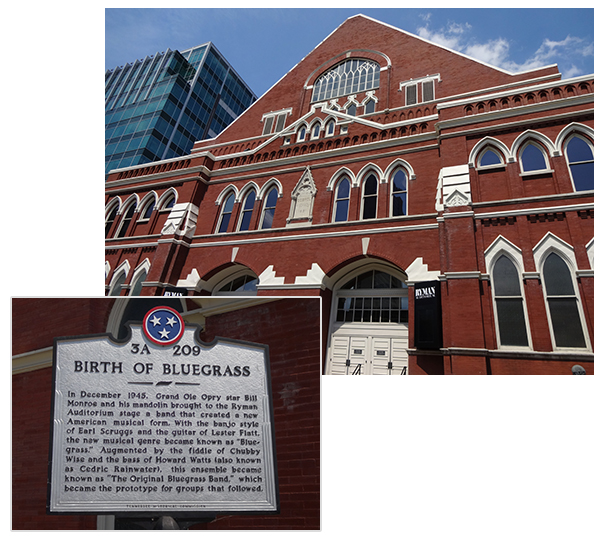 I wish I’d had time to go inside! However, I only had one measly afternoon and evening in Nashville, and I decided to head to the Country Music Hall of Fame and Museum.

It was full of clothing, instruments and other memorabilia from the most famous stars of country music including Johnny Cash, Dolly Parton, Elvis and even Taylor Swift. (Cue minor fangirling.) I was also amused by Glen Campbell’s golf gear and bagpipes (middle picture). 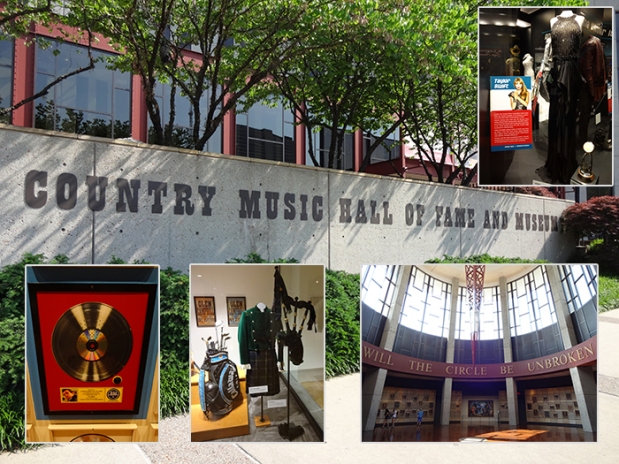 It was out of the way, but I couldn’t miss a visit to the Bluebird Café, the Nashville institution where so many country stars have played, and which is heavily featured in the TV show. The queue was crazy long, and I couldn’t stay as we had plans as a group that evening, but I asked the woman who worked there if it would be possible to pop in and get a couple of photos and I’m so pleased she said yes. 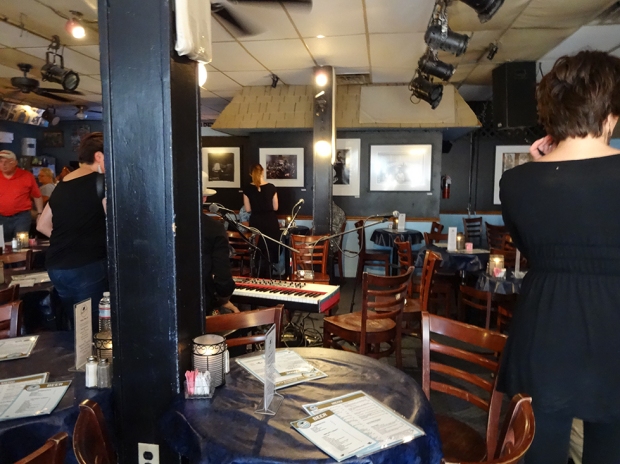 It was a little smaller than it looks on TV, but it was one of my favourite places on my entire US road trip. I got a really cute T-shirt as a souvenir.

In the evening, we all went to the Wildhorse Saloon. This kind of place is exactly what we’re missing in the UK: a music hall with tables for dinner, a bar, a space for line dancing, a live band on the stage and horses on the ceiling. Why do we not have this?! Amazing place! 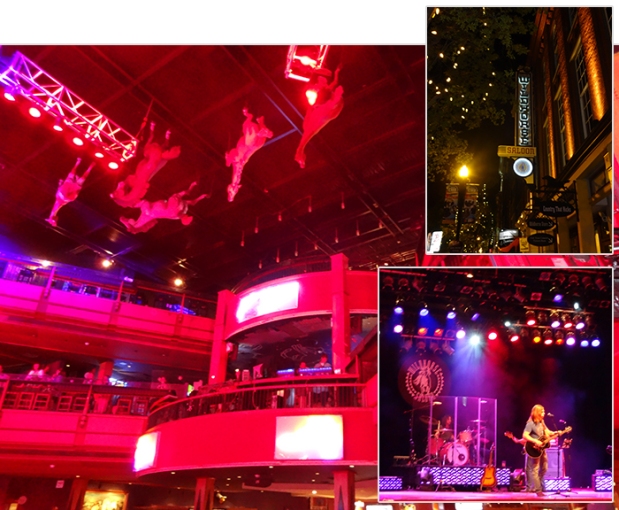 My short stop in Nashville was one of the best days of my trip. There was country music playing everywhere, there were stores full of cowboy boots and we line danced during dinner, and I loved every second! Sometimes I think I should have been born a cowgirl.

The one major place missing from the whistle-stop tour I created? The Grand Ole Opry itself. The part that almost made me throw a tantrum? Charles Esten – Deacon from Nashville, my most beloved of TV shows – was playing THE NIGHT I WAS THERE. I will not get over this!

It just means I have to go back!

5 thoughts on “I heart Nashville. A lot.”