Before you get too excited, this post isn’t some juicy insight into my love life. No, it’s about my fairly-uneventful-sounding-yet-somewhat-significant day off today.

I had a day in lieu to take after Bologna, so I chose today because I knew I would be tired after Rome (a post or two to come on that). I also needed to find a dentist.

I know that doesn’t sound like a big deal. Most of you reading this will have had to change your dentist at least once. However, since I have moved to London I have procrastinated about finding a new doctor and dentist, because of the fact that I was going to have to research them, where they were, whether they accepted NHS patients or not, what their catchment areas were, who was particularly drill-happy, and then try to register during their opening hours when I work an hour and a half from the house. It has been stressing me out unnecessarily.

So I designated today to a bit of life admin. Choosing a dentist was difficult, although as it turned out I was able to register over the phone, which made it immediately easier than anticipated. There could potentially be issues with my NHS number, as the Scottish number seems to be two digits shorter than they are in England and Wales, but, as I say, people have to do this all the time so surely it will be fine! 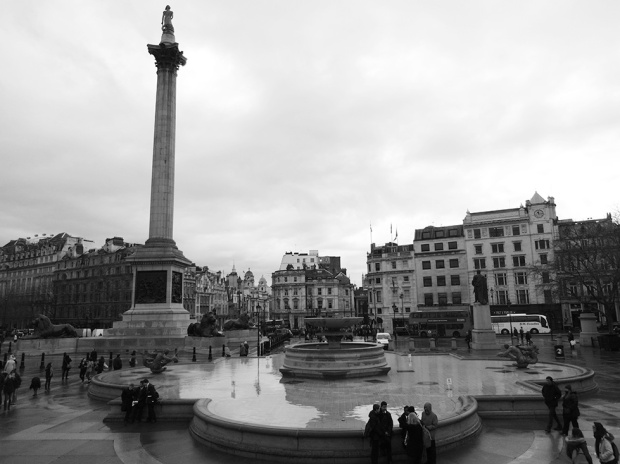 How concerned I was about the hassle of finding a doctor and dentist was possibly exacerbated by the fact that it meant admitting that I live here now, an almost-commitment that turned out to be more difficult to make than expected. I know, I know, registering with a doctor is hardly a lifelong contract with them, but it is linked with my address here, which I had felt was sort of temporary.

Now, though, it is my address at the doctor, dentist, work, on my freaking pension plan, on the electoral register even. And for some reason, every change I have to make stings a little. I’ve been to the same doctor’s surgery and dentist my whole life. (When I lived away in the past, I was fortunate that I never needed to go or that visits timed with holidays.) I no longer have the right to vote in Scottish elections, which is, of course, perfectly fair and sensible, but it did feel strange to realise that the effects of their decisions don’t apply to me anymore.

After a few years of flitting from address to address – always using my parents’ for anything official, as that is home in my mind – I thought I was ready to put down foundations somewhere. I knew it was likely to be London, with the industry I wanted to work in, but it has been a bit of an adjustment. London has a lot going for it, but it doesn’t feel like home. And I know it has only been seven months – wait, seven months?! – but I feel an inexplicable resistance to setting up here. Then again, it is the first place I have moved where I didn’t know when I was going to leave – or if I was going to leave – so perhaps it’s a reaction to this first act of settling down, rather than the city itself.

Because, normally, life here is full and exciting and pretty good. Despite missing home, I know that it couldn’t offer me the life I wanted, or needed, at that point. However, perhaps once a week, there is a little moment where it feels like I’m walking a tightrope, with the bright city lights shining in my eyes, trying to smile as I juggle fifty different elements. And I’m half-worried about dropping them or falling, and half-curious about what would happen if I chucked everything down. That’s when I need a day like today, so I can get everything in order and feel the ground under my feet again.

Apologies for the slightly bizarre post! Apparently random days off give me too much time in my own head!

Has anyone else settled a little outside of their comfort zone? Anyone feeling a little homesick just now? Or am I alone in suffering side effects from committing to a new doctor? (!)

Hope your week is off to a good start!