If we were having coffee is a feature hosted by Part-Time Monster. Read the other posts in the link-up here.

If we were having coffee, I’d tell you it’s been a bit of a whirlwind of a week! (Well, the second half of the week, as interesting things rarely happen from Monday to Wednesday.)

Work has been crazy busy, preparing for the Frankfurt Book Fair (just one month to go!) and covering for colleagues. As a reward to myself, I took a spontaneous half-day on Thursday to go and meet Mark Webber, because why wouldn’t you? For those of you who don’t know him, Mark Webber was a Formula 1 driver until 2014. He drove latterly for Red Bull Racing, which was also the team of my favourite driver, Sebastian Vettel. Despite the rivalry, I always liked both of them. Webber was always straight-talking, so this book is going to be interesting, if not always complimentary to Vettel! 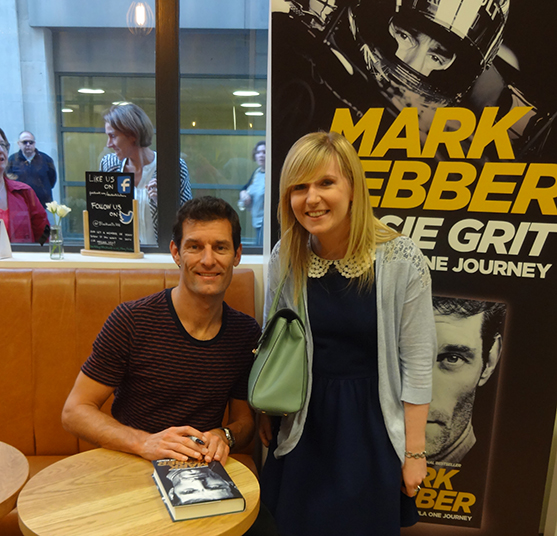 It had been a difficult day for him – I hadn’t realised this was the day of Justin Wilson’s funeral, another former driver – and yet he was still absolutely lovely. I wish he hadn’t had to do the signing on the same day, but I don’t think he wanted to let anyone down. As it was, this was one of the highlights of my year. 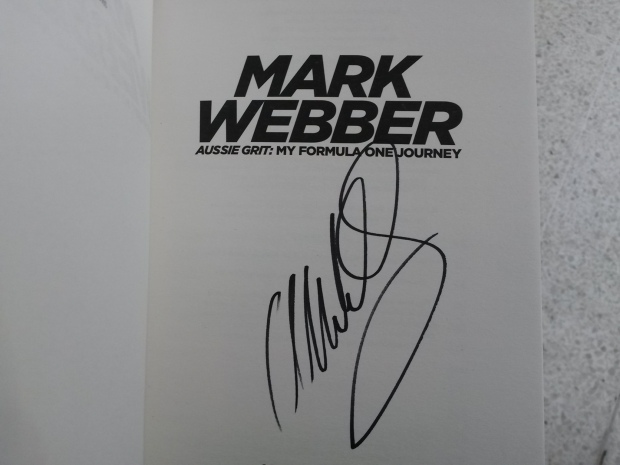 That same day, my friends and I went to see Wicked. I had seen a brilliant deal on lastminute.com and we ended up with third-row seats! It was the first time a couple of the girls had seen it, and everyone really enjoyed it. It’s such an inspiring show – sad and so uplifting at once. Post-show commentary included ‘feeling all the feels’ and ‘feeling much friendship’. (Apparently we lose the ability to speak properly in the face of such emotion.)

On Friday, I met up with a bunch of girls I went to uni with, some of whom now live here and some who were visiting. It has been far too long since I’ve seen them – we couldn’t believe it was over two years since we handed in our dissertations. It was brilliant to catch up, so hopefully it won’t be as long before I see them again.

Yesterday I had to abandon all plans until I finished Royal Assassin by Robin Hobb. I’m officially addicted to these books, although I swear I’m getting a bad back from carrying them around. I’m now on to Assassin’s Quest, which is sadly the last in this specific trilogy, but I know these characters return in another series of her books, so there will be more if I need them! After that, I went for ‘coffee’ (i.e. cake) with a friend, then out for dinner, because dessert-dinner-dessert is obviously the best way to eat. 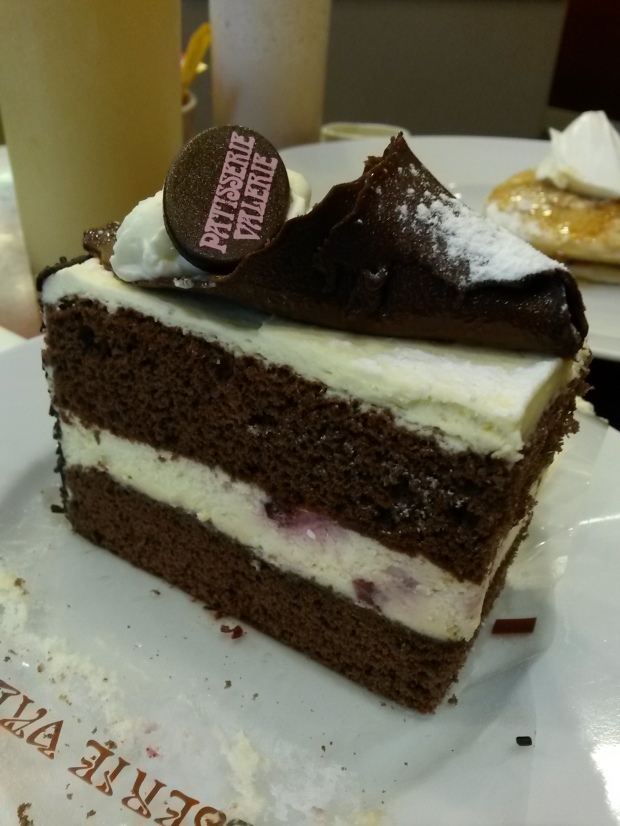 Today, I have no shame in admitting that I sat and watched the Friends marathon on Channel 5 all day. I had forgotten just how good it was – and just how many episodes I can quote line for line – until I was watching the one where Ross says Rachel, the one where the girls lose the apartment to the boys and The One Where Ross is Fine – his FINEst moment by far.

I did manage to be a bit productive as well: the washing is done and I actually prepared food for lunches – a four-vegetable wholewheat pasta dish, no less. I think it is the healthiest thing I ever made. Now I’m just looking forward to relaxing in front of X Factor!

Hope you have all had a great week!

3 thoughts on “Weekend Coffee Share: The One Where I Met Mark Webber”