It’s difficult to choose a top ten, especially after a year’s worth of books! (I would still love to have read more, of course.)

The first few sprang to mind easily, then it was more difficult to choose, but I’m sure you’ll find something of interest here: 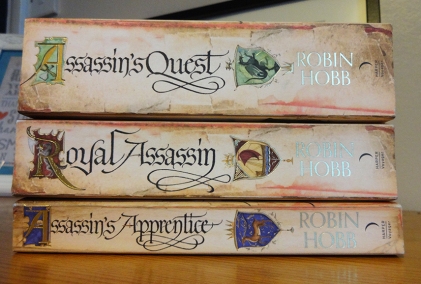 The Farseer trilogy by Robin Hobb

These books! I was completely emotionally drained after finishing this trilogy, and I cannot wait to read everything else related to this world and these characters. She has to be one of the best fantasy writers out there, if not the best. I was completely immersed in this world and must have felt every emotion possible by the end. When someone on the train just has to comment on how good a book is, you know it’s amazing. 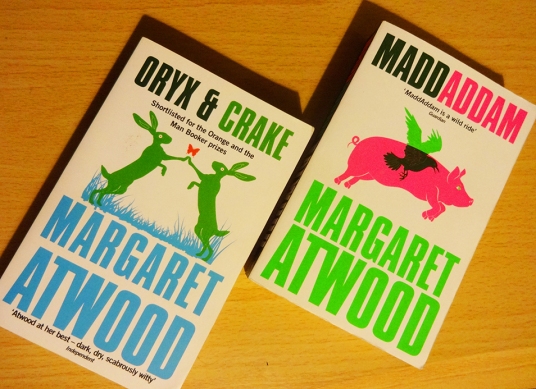 Virago editions. Yes, yes I have misplaced Year of the Flood…

The MaddAddam trilogy by Margaret Atwood

Margaret Atwood is the queen of dystopia. I don’t want to spoil this for anyone who hasn’t read it, because the first novel is a bit of a mystery as we work out how the world ended up this way: post-technology, where survival is a struggle, and there are possibly no humans left to be found. Except for Snowman (aka Jimmy, before the world as we know it ended) who is a teacher of sorts to the Crakers, a near-human/superhuman species that look to Snowman for the answers to everything. The world created here is a terrifying yet believable possibility. Despite it being bleak at times, the books are still full of humour – the third book in particular for me was brilliant, especially all the stories told to satisfy Crakers.

Queen of the Tearling by Erika Johansen

A strange mixture of fantasy and dystopia, this novel is set in the 24th century but it feels medieval. Kelsea has spent her childhood and teenager years learning about the Tearling, the kingdom that is rightfully hers. On her nineteenth birthday, a guard comes to fetch her so she can take her place as Queen of the Tearling. However, the kingdom is falling to pieces and there are many people who want to see her fail. I especially love this seriously flawed heroine and her relationship with Lazarus, who is part of her guard, yet almost a friend. Great dynamic. (Pictured is the second book in the trilogy.)

The Versions of Us by Laura Barnett

I love, love, love the concept of this novel. How much difference can one tiny event make? We follow three stories of one couple, and see how a minor event throws their lives in completely different directions. 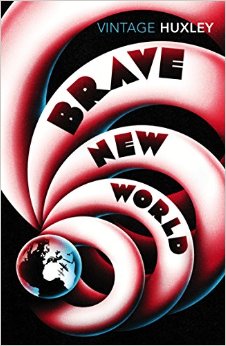 It’s a modern classic for a reason! Another fantastic dystopia. Children are genetically developed to fit certain roles within society, then hypnotised in their sleep to encourage a certain kind of thinking and conformity. It’s a world where consumerism is king, promiscuity is encouraged and where thinking for oneself is not. How much of this 1931 novel sounds familiar?

Human-like robots have been created to assist in almost every aspect of life. Audrey’s father is distrustful of the technology and instils in her a love of books and music, things that he believes keep us human in a world of machines. Then everything goes wrong, and Audrey meets an Echo that doesn’t seem quite like the others. This was a brilliant (but again, scary) vision of the future that was a good, fast-paced read. 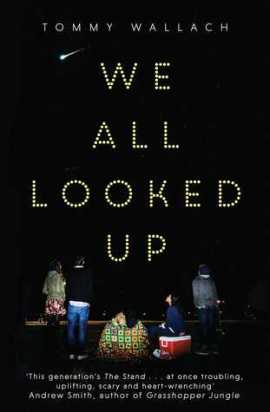 We All Looked Up by Tommy Wallach

What would you do if the world was going to end in two months? This novel is centred on the lives of four teenagers when the world has discovered that an asteroid is likely to hit Earth. There were parts of this I didn’t like, but not because the events seemed unrealistic. It’s thought-provoking: if you only had two months, how would you spend them? 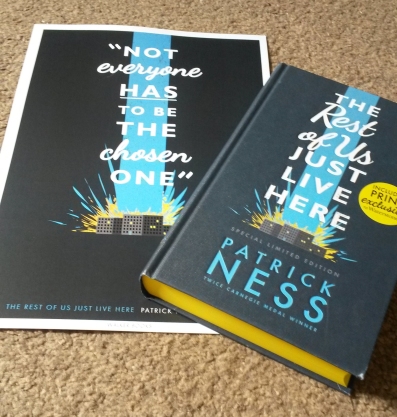 The Rest of Us Just Live Here by Patrick Ness

This is a novel that focuses on the characters who aren’t the heroes of the story. Sure, there is a supernatural crisis going on, but Mikey just wants to graduate. This novel does nod to some serious issues – OCD and eating disorders – but it is never heavy-handed or preachy and it doesn’t take away from the fact that this is a sweet, funny book. 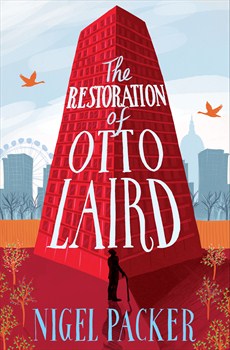 The Restoration of Otto Laird by Nigel Packer

Another book with an older protagonist! (I’m so glad this became a trend.) Otto Laird is a retired architect, and they want to tear down one of his buildings. He decides to save it. However, his return to London for the first time in decades is a return to the past, and he’s not 100% sure he wants to face it. I loved the themes of getting older, dealing with one’s ghosts and moving on. 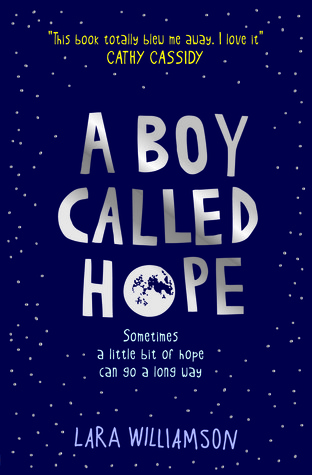 Daniel Hope is eleven years old when he sees his dad on television, four years after he walked out on the family. His friend can tell he is troubled, so she offers him a medal of Saint Gabriel. She tells him to write a list of ten things he wants and Saint Gabriel will bring him one. Dan is sceptical, especially as he keeps having to cross things off his list when he doesn’t get them. The thing he wants most is a dad, but will he find him?